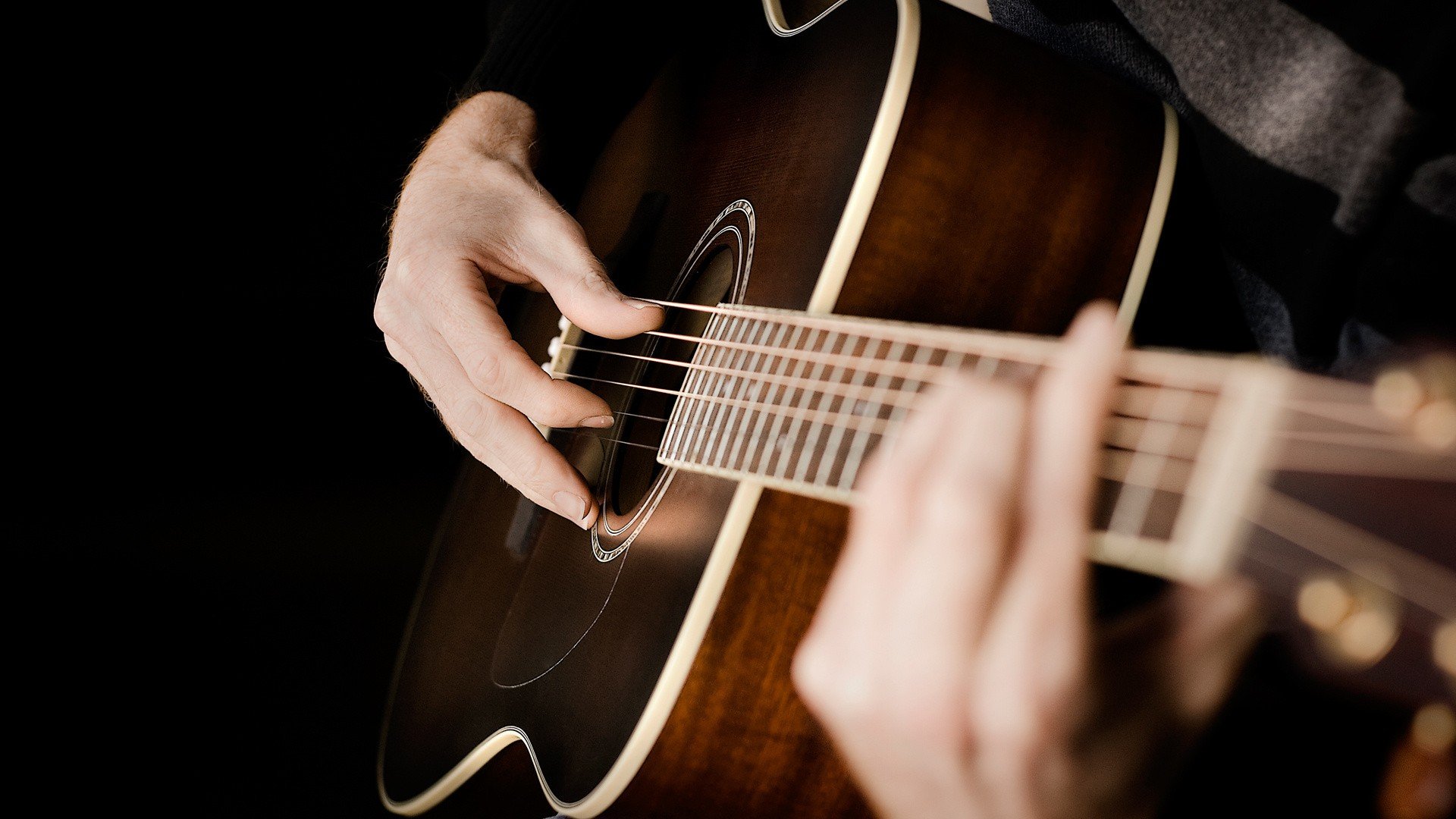 From teaching so many different age groups, genders and skill levels I realize most of us have the same fears when it comes to practicing guitar, improving and performing. When first started I remember taking a few lessons and really being afraid of making a mistake. I knew that I would make mistakes but I was focusing on what I was playing wrong and not giving myself credit for what I was playing right. Usually, we play a lot more right notes then wrong ones. This is an irrational fear. Why do we fear playing wrong notes, because we don’t want people to criticize, insult or knock us about our playing. Sometimes in a bargain bin you can find cheap CD’s that have some of the greats like Hendrix and Santana and they were recorded maybe noodling around in a studio, searching for a sound or in a club and they don’t sound anything like the polished studio products. They are great players and I’m not knocking them but we all have off nights or off playing. We can not be afraid of mistakes. With the right guitar teacher, the right learning system you can get better and better over time to where you rarely hit bad notes or make frequent mistakes. I’ve worked with tons of students and have seen this result over and over. If you watch a great player and they happen to hit something wrong they don’t make a big deal about it because they know the next 2000 notes will be right on. We need to give ourselves credit. Feeling uncomfortable is part of the process. Something I learned a long time ago after becoming frustrated is that there’s no such thing as perfection but we can certainly achieve excellence. Strive for excellence.

It took me a much longer time to achieve my dream of being a full time musician because I wouldn’t step out in faith even though I knew I was more than good enough and was being told by many. I was holding myself back with thinking the deadly, “but what if I fail”? It paralyzed me. Then I was offered a position in one of the top working bands in New Orleans and didn’t even know a lot of the cover music they were doing but decided to jump in the deep end. I was with that band for almost 15 years and we would travel to Las Vegas twice a year to play big casino’s and met a lot of great people along the way. Focus on what you are doing right validated by a good guitar teacher and then fix what’s not working.

I teach a lot of professional business people who always wanted to play guitar, may have tried and it didn’t work or they just decide later in life and make it a part of their bucket list. Whatever the reason and I’ve had a 72 year old student who never played before learn to play chords, strum and finger pick, all with good timing. Age is irrelevant. What you want is a very patient, thorough teacher that will lay it out so you can learn move by move and see that just repeating those moves will get you success. I had a students travel 5 hour round trip to do lessons with me. He had taken lessons for 9 years on a weekly basis and was so frustrated because he could play basic blues like he wanted. We cleared up in the very first lesson how to play a blues shuffle and got into some basic lead guitar. He told that lesson was more productive then all the previous lessons he had. I know how awesome it feels to play guitar, even simple things and want others to be able to do it too. Don’t hesitate, start today. If you wait, all that happens is you get older!

I think getting over the fear of playing in front of people is easier today than ever. I have a blog about Stage Fright but I want to quickly point out a couple concepts here that are game changers. Don’t play anything that you are not certain about. Be able to play it repeatedly without mistakes before performing. Check yourself by videoing yourself with your phone., It will give you a representation of how you sound and look to others. Make sure you simulate the setting as much as possible that you will be playing in. Using the same guitar, will you play standing or sitting, going through an amp. Get all the logistics worked out. Maybe it’s just an acoustic mic night. Make sure you know how you hear your self. Through an amp or monitor. If you’ve never played through an amp and you step up and play could be quite a shock at how every note is filling the room. Can be quite disconcerting even disorienting. Are you playing with someone and have you worked out the parts. All of this can save a performance from becoming a train wreck. Try to think ahead. No situation is going to be ideal., If your performance doesn’t come out like you were anticipating then don’t beat yourself up. Learn from it, analyze what went wrong and try not to repeat the same things in the future. That’s how you gain experience and confidence. I am still constantly learning how to do things better 25 years later. If you need help with guitar playing problems that frustrate you, please contact me at sidbardfield@gmail.com. I do Skype lessons or if you are local to New Orleans, Metairie, or Kenner, La. I do private lessons. Keep playing, keep moving forward!

Sign up to receive 5 Top Strumming Patterns, 3 Great Fingerpicking patterns and How to play the Blues Shuffle in 5 minutes

I’ve played in dance/cover bands for about 30 years and have had to learn so many styles of music and songs, from Frank Sinatra to ACDC. I’ll share all the knowledge and skills that I have so you can achieve all of your musical goals.